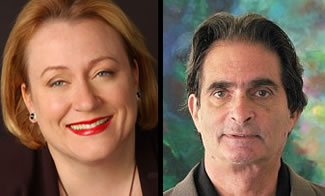 If I were to list the ten people whose brilliance and force of intellect had made the most powerful contribution to my health, wealth and well being, Jon Rappoport would most certainly be on that list.

For many years, while family, friends and colleagues tried to persuade me that all things wrong with the world were the result of accidental dynamics, Jon Rappoport’s investigative research broke through the lies and fog and documented the nuts and bolts of the systems that are centralizing power.

His insight, his research, his meticulous writings created a force field that provided a powerful intellectual covering. With Jon Rappoport around, the walls of the matrix could never close in on me.

For many years, Jon had detailed interviews anonymously with insiders – from the upper echelons of the establishment –  such as medicine, public relations, the church.  He would dig out from these interviews the nuts and bolts of how control is engineered in the day-to-day operations and rules of one cartel after another.

In hundreds of pages of interviews, not once did I spot a detail that was out of place with my personal experience with Washington, Wall Street, or the operations of the intelligence agencies and secret societies. In years of reading these interviews, I never found a flaw. The insights were powerful and Jon’s sense of humor and beautiful writing always made for a delicious experience.

To my knowledge, no one has done more to unpack the day-to-day control mechanisms that make up the matrix, particularly those that are ingrained at a cultural level where we have been trained to suppress ourselves.

Understanding these nuts and bolts is an invaluable step to seeing how our time, energy and assets are being drained. The next step, of course, is to reverse the drain, the primary focus of Jon’s later work and writings.

I had the opportunity to visit with Jon in California last year. I pleaded with him to put all of his interviews on a CD and make them available again. He has now done so, including packaging the interviews with outstanding audio seminars and a variety of other invaluable material. (click here). Please consider this a core resource of your definitive library on the “real deal.”

As part of the launch of this new collection, Jon is joining me on the Solari Report to talk about the most important insights that emerged from these interviews. Jon is a brilliant and profoundly humorous speaker, so you do not want to miss this one.

We will start with Money & Markets and Ask Catherine. Post your questions in the comments section for this blog post.

No Let’s Go to the Movies this week as I expect Jon and I to speak for extra time. For a taste of Jon’s power, here is a video interview we did when I visited him in California last year.

A free-ranging conversation between Jon Rappoport and Catherine Austin
July 2,2011